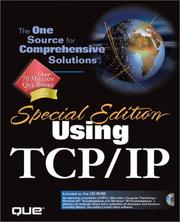 this is a comprehensive text and I can recommend it to anyone struggling to understand networking.

Unlike a lot of books of this ilk, John Ray gives fair emphasis to Microsoft Windows environments. He does compare TCP/IP networks on these with those on Unix(s), Linux in particular and comes down in favour of the latter (again stability and reliability being his main concerns). He even pays attention to Apple enthusiasts, but might disappoint them in his recommendations.

This is a massive tome, 756 pages of text. Subject matter ranges from TCP/IP and OSI layers to exploring IP addresses (well dealt with), mail protocols, web servers (with Apache) and security and firewalls. It is also very much hands-on, examining different cable systems and comparing their cost/performance ratios.

Yes, this is a comprehensive text and I can recommend it to anyone struggling to understand networking. It is not a text book one might sit down and read from cover to cover, but it is a good reference and I have found myself picking it up often over the past few weeks. The glossary alone is useful.

However, my recommendation is not without reservations. These centre on the accompanying CD. This I was able to fire up ok, under my W98 box, but that is about as far as I got. Four sections are presented; MCP Windows NT Knowledge Base, MCP Windows 98 Knowledge Base, RCF's Request for Comments and Third Party Software Solutions. Two responded to my probing OK, but proved to be just summaries of other QUE books. Their loading seemed to be flaky in the extreme, sometimes just listing a CD directory and hanging there. Two refused to budge at all. So, if you are interested in TCP/IP networking, consider the book, but don't rely on the CD.