REVIEW - Binary Revolution - The History and Development of the Computer 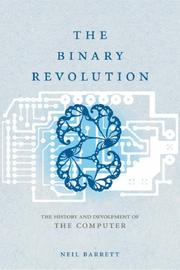 Binary Revolution - The History and Development of the Computer

but makes the occasional mistake

This book tries to answer a number of interesting questions about computers and our culture(s). They are "What is a computer?", "How did computers develop?", "How do computers work?", "How are computers programmed?", "What do operating systems do?", "Where did the internet come from?". It also tackles posers such as "Putting the internet to work", "Problems with computers" and "The future of computing". It is an ambitious book, dealing with underlying foundations and principles, the maths and physics involved when a computer is being used.

It gets one or two things wrong, though. It refers to PCs being 32 bit, overlooking the 64 bit revolution (the Intel Itanium or PowerPC or AMD64 should have given the author some kind of a hint). It also states that the Apple Macintosh was 6800 based - it wasn't, it was actually based on the 68000 based family. One of its sources of information is www.wikipedia.org

I like this book and the examples did seem clear when I read them but that's probably because they're already preaching to the converted. The true test of this book's mettle is when you give it to an inquisitive friend or relative who wants to understand computing. And, if you know someone who is going to study computing as a prelude to a career in the industry, it would be kind of you to give them a copy of this book.